I was at my daughters in the Baltimore area two weeks ago for a visit.  Always like going there for a visit.  She put me up in a bedroom overlooking the street.  There was a street lamp just outside the window.  Because it was hot and the humidity was high I kept the window open and the blinds turned to let in the breeze.   I didn't think much of it until I woke up one night to, well we won't go there.  Anyway, it cast quite the shadow on the wall and when I sat up in bed it cast me as well.  So I took  the time to take some pic's.  Because I only had a monopod I had to jack the ISO up to 6400 in order to get the shutter speed to where I could hand hold the camera for a shot.  The first three shots are of me either sitting on the bed as I sat up or stood up and the last is of another shadow coming from a street lamp a little bit further down the street.

I'm thinking of intruder lurking behind the door in the corner of the room.  The kind of thing you don't like to see first thing when you wake up and aren't quite aware of your surroundings.  At least that is how I saw these first three images when I first saw them on the wall.  These shots made me glad that I keep my camera close at all times.  You never know when a situation will come up and you want to record it.  No body else may like it but that doesn't make any difference.  It means something to you.  I'll always remember these shots, not just because I like them but because I also took them at my daughters that one hot and humid August night.  So these shots have two meanings for me. 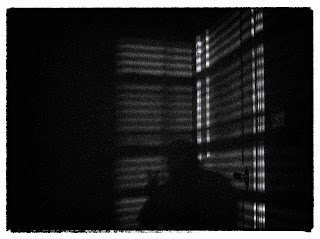 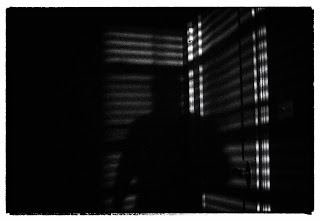 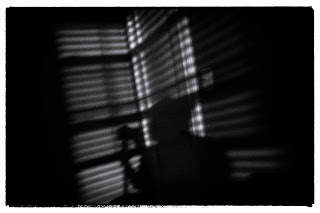 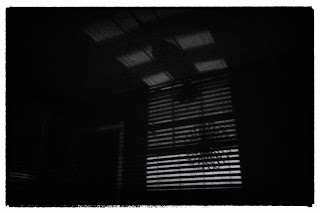