I was going thru some of my images over the last couple of months and noticed the ones I took of the tailing pile at the Kennecott Copper mine on the west side of Salt Lake County, Utah.  The pile is terraced and is nearly as high as the mountains that surround them.  Daily they add to the pile, water it down and do other beneficiation on it.  I decided to go out and take some images.  Unfortunately the contrast between the various terraces and within individual terraces was not all that good.  Neither were the color differences.  So I was  a bit disappointed.  But I brought them into my photo processing environment and played around with them a little and was able to come up with the following.  Most of what I did was change the hue which turned them into more of an abstract image rather than a documentary image. 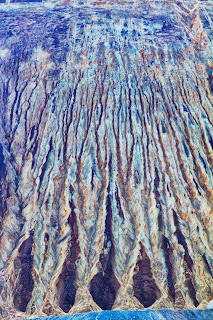 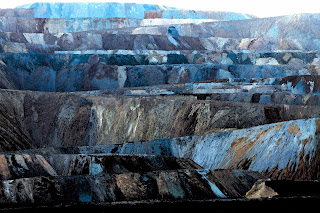 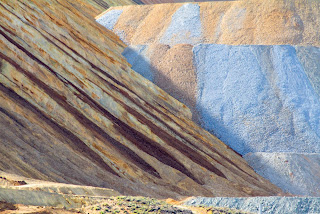