Over the last couple of weeks I have actually done a little street photography.  Taking images of a few things that catch my eye.  I explored the downtown  areas of American Fork and Lehi first.  Not to get down on these two towns but they are a bit bland.  I mean they are  nice and clean and no graffiti.  There just isn't the same kind of character I was used to seeing in some of the towns in Texas such as Calvert.   Thankfully the light was working for me when I took this first image of a stairs leading to a basement in American Fork.  I was drawn to it by all the crossing lines framing that far dark corner.  Thankfully I was also able to capture the texture of the concrete wall as well.

A little further on down the street there was this little shop and in the window were these dolls dressed up in late 19th/early 20th century clothing.  The dolls are Barbie sized dolls.  My eye was first captured by the first one because of the hat.  I love to watch the Kentucky Derby for the ladies and their big hats.  I think they are splendid.  What really got me was the other three dolls.  They had no heads except for what I believe are hangers for hats.  Certainly a different kind of mannequin. 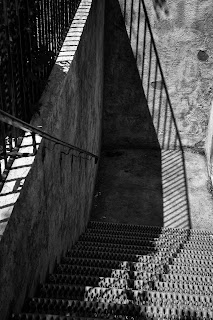 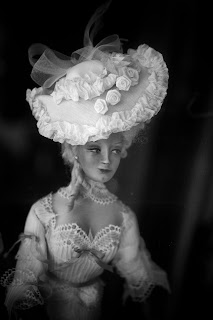 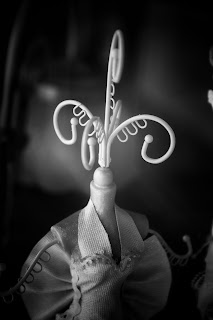 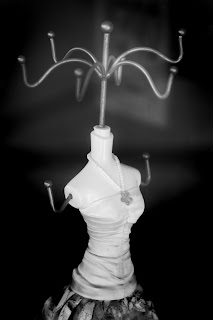 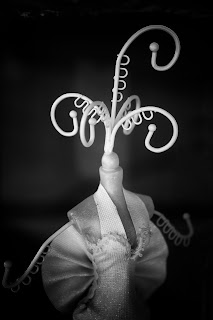 I thought Lehi was going to be different than American Fork.  It has a longer business district which gets a fair amount of traffic.  There are more businesses as well with fewer closed store fronts.  But alas, the only thing I was able to find that I thought worthwhile was this old truck in a back alley.  Something I learned from my friends, Gary and Alcy, in Texas, don't forget to explore the alley's.  You never know what you are going to find.  The only problem with this shot is that it was taken way too close to midday and the lighting is a bit harsh.  But I love it anyway. 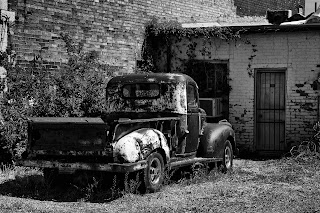 Just this past weekend I went up to Salt Lake City (SLC) to collect images of people for a project I have in mind.  Thought I would hang around City Creek Mall down town.  At either end it has open areas, to the street and to the sky.  I sat at a couple of different tables and in looking up there is this awning around the perimeter of the open area used as cover in the event of bad weather.  I like the patterns that the steel support structure for the awning makes. 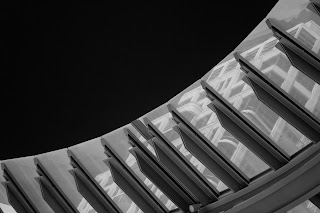 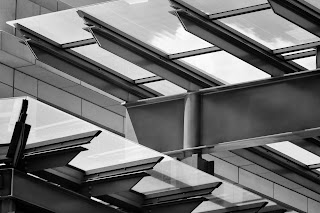 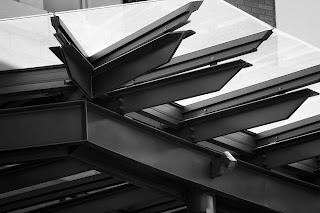 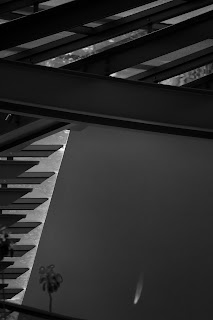