I've only been out shooting a couple of times over the last couple of months.  One of those trips was to the Aquarium.  I pass by it on my way to work if I decide to take I-15 up to 106th South.  Attached to the outside of the building is this architectural addition.  I thought it was interesting from a form standpoint and decided to at least go back and take few images.  Here are two of them.  The structure is grey in color so I rendered the entire image in BW. 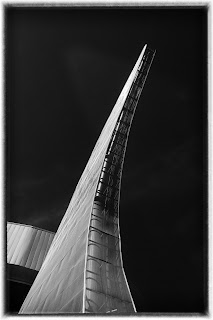 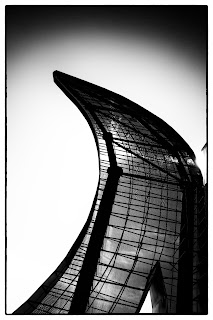 Here are a couple of images taken at the Gateway Mall in downtown Salt Lake.  You would think that at 10AM on a Saturday morning the place would have been abuzzz with people but apparently not.  It was dead.  But I did get a photo of a spoon and the cast shadow of a lamp post (I love shadows, don't know why).  I don't know where the aura comes from because the image was originally the shape of a black spoon printed on white paper. 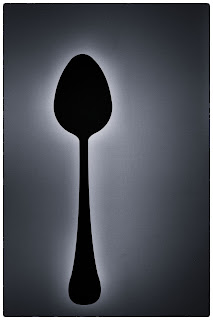 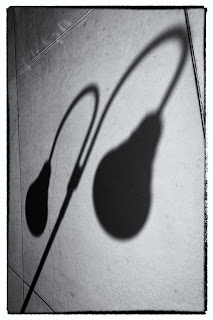 One last photo.  Periodically I go to IN-N-OUT for a burger so I took this image as a memento of my experience. 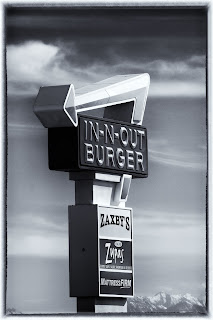